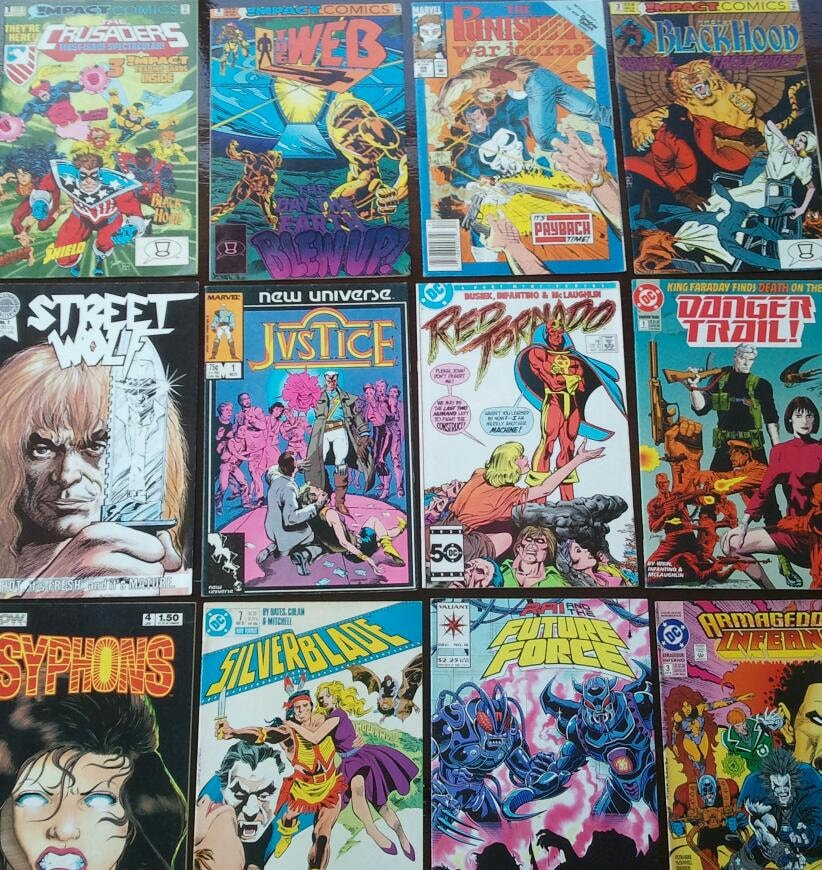 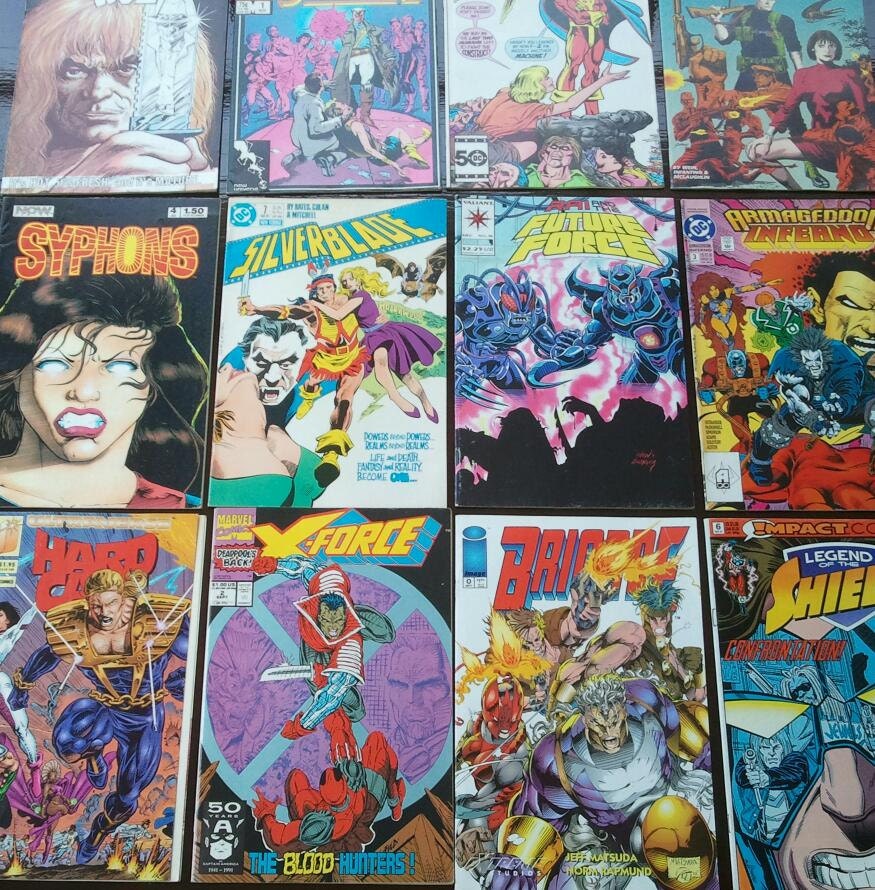 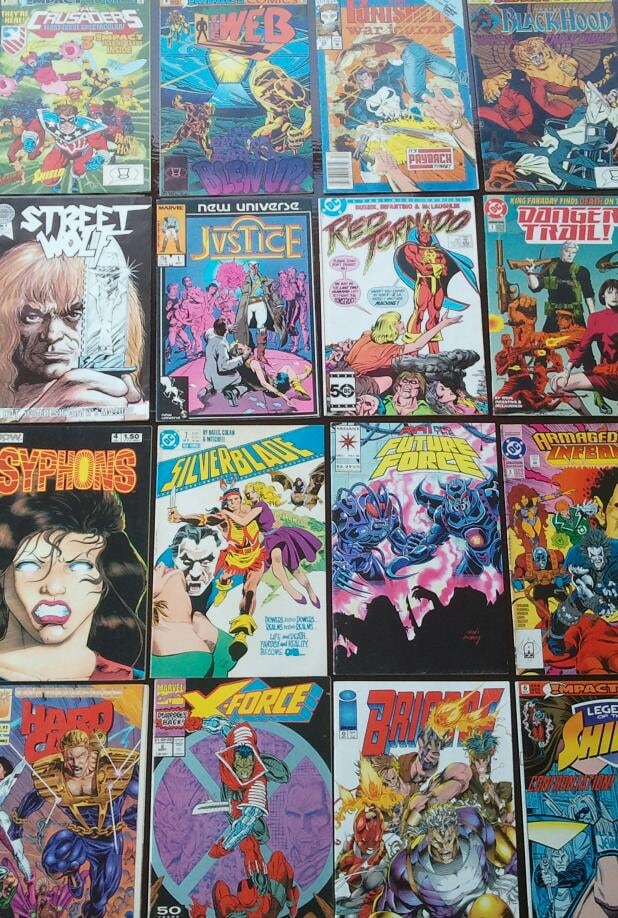 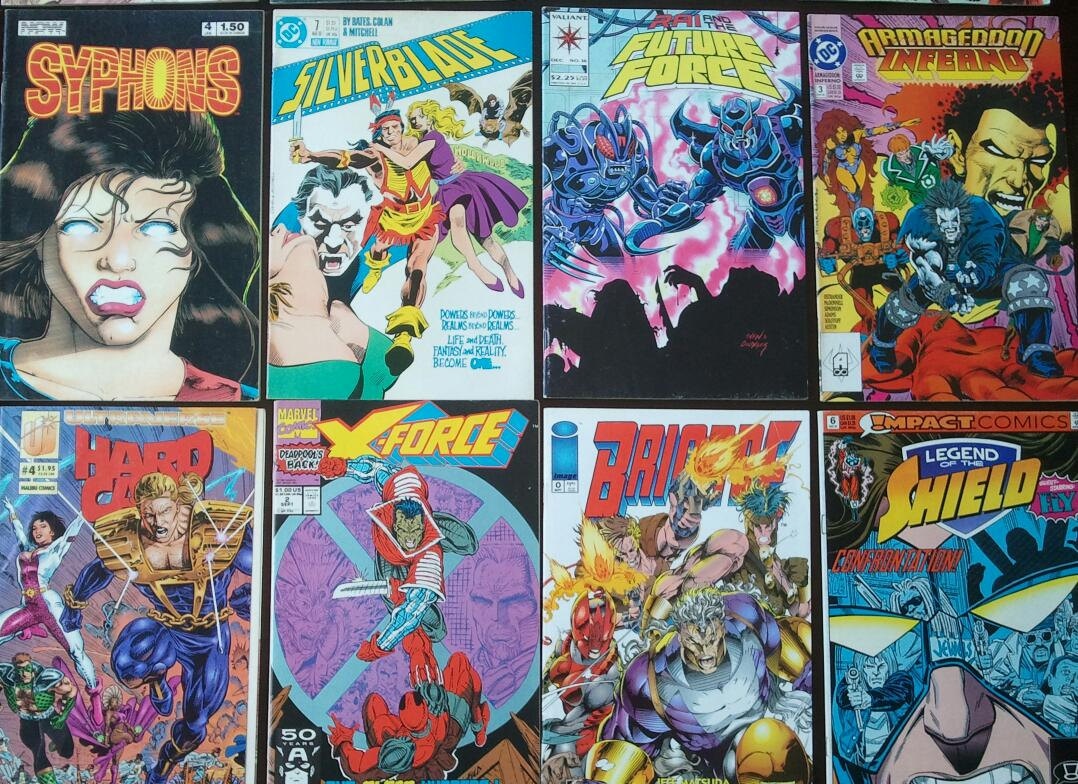 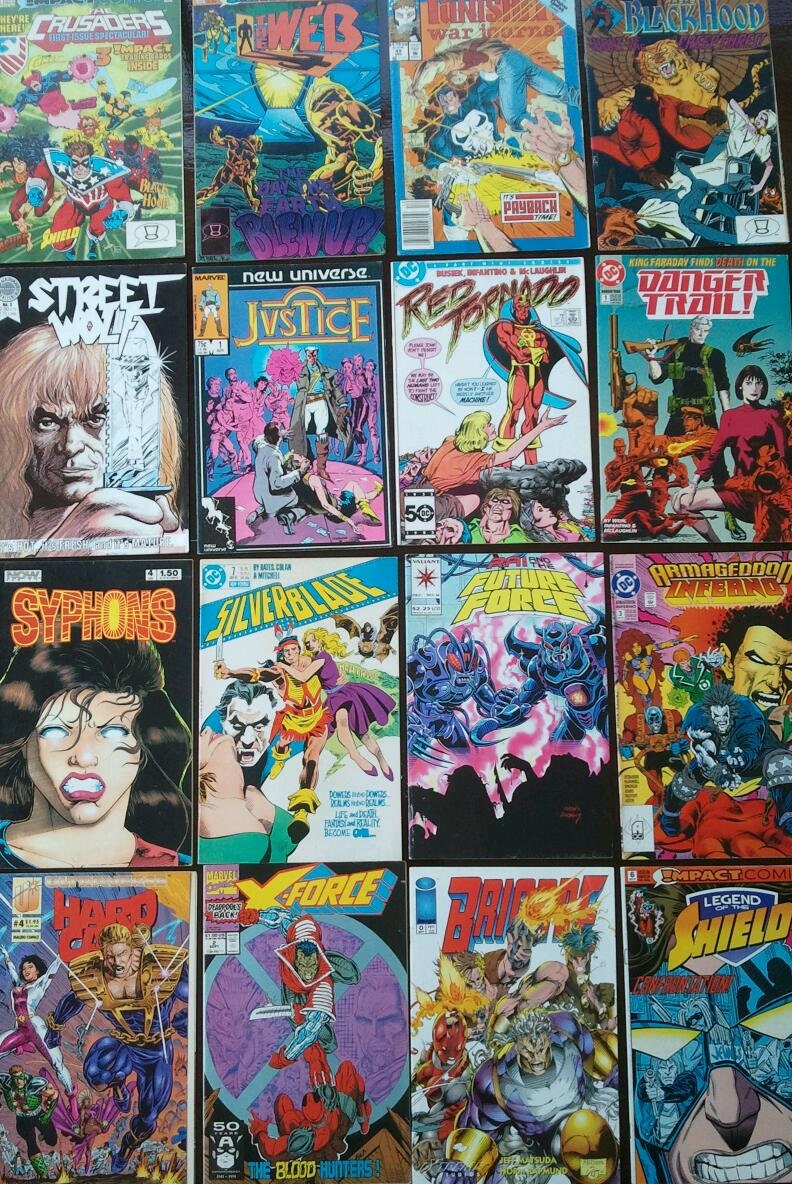 16 Great titles and comics. They all come as pictured. They are not sleeved. They are in good condition, but have been read and used. A couple are slightly wavy when laid flat and the corners on a few are turned up at the top and bottom outside corners. All of their binding/staples to pages seem to be in tact. None of the pages from my examination are torn or soiled. Colors are still vivid and vibrant. Great for reading, collecting or crafting. Titles include;

It will be shipped via USPS. Combined shipping available. Please convo us with the items you would like to combine and we can assist you. Thank you for shopping at our store!

We accept PayPal and credit card payments directly through Etsy.

We use USPS calculated shipping for all of our smaller items. If you look directly underneath the pictures of the item there is a "shipping and policies" tab. If you click on it and place your zip code in the box the system will chose the most economical service through USPS to ship. Your shipping cost is calculated based on the distance of travel from us to you and the boxed items' size and weight. At checkout you have 5 options to choose from;

USPS Media Mail (Our books and records are all marked to be sent this way)
2-8 days, Domestic
***A restricted class of mail used only to send books, film, printed music, scripts, video, CDs and DVDs***

Large and furniture items are shipped via Fed Ex Ground/Fed Ex Home Delivery. They are marked within the ad:

****Please contact us prior to check out with your zip code for a shipping quote to your home****.

With these items calculated shipping does not work so placing in your zip code will not give you the exact cost of the boxed item to be shipped from us to your home. If you click the box directly to the right of the price of the item at the top of the ad listing "ask a question", provide us with your zip code and we can provide you with the exact cost and change it in the ad for you prior to check out.

Local pick up for large and furniture items is also available (pick-up must occur within 30 days from purchase date.) All furniture that can be disassembled, has screws, will be disassembled for its safe arrival to your home. We will provide assembly instructions. (If you have any questions about this part of our policy please do not hesitate to ask about the piece you are interested in). If you don't want it disassembled we can give you a shipping quote assembled as well. YOUR SHIPPING ADDRESS NEEDS TO BE THE SAME ON YOUR ETSY & PAYPAL ACCOUNTS or your item may ship to the wrong address. We can ship any item internationally. Please contact us for a shipping quote. International Delivery can be from 10 to 30 days & sometimes more after that date depending on your post office and your country's customs rules. We are not responsible for packages after they leave the United States. Shipping times are not guaranteed by USPS or Fed Ex. We package all of our items for their safe arrival to your home. We are not responsible for items once they are placed in the hands of USPS or Fed Ex. We insure each and every item that leaves our shop for the price of the item. If you receive a box that has substantial damage and you suspect an item is damaged inside, take pictures of the damage to the box prior to opening it. Pictures of damaged boxes prior to opening and pictures of the damaged item with a description of the damage to the item will be required to file a claim. It must be filed with the carrier. Claims can take up to 30 days to process. We are not responsible for orders lost in transit or damaged but will help you with any claims process for lost or damaged items.

But please contact me if you have any problems with your order.

There are no returns, refunds or exchanges. All sales are final and all items sold "AS IS". We try to describe everything in great detail. If you have any additional questions about condition or would like more pictures, please do not hesitate to contact us before purchasing. We want you to feel comfortable with your purchase and love your item once you receive it!

If you would like to special order an item that is handmade with a certain color paint or stain please contact us.

0 items in your cart